Today was one such day 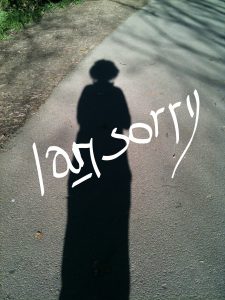 When all it would have taken was three little words.

Rather the ones that build bridges.

Powerful enough to dilute and dissolve

It doesn’t take much.

It doesn’t let us off the hook.

It shows our failings.

Temporarily we lose our crowns

Can say so much.

Human Emotions shape us. They shape us professionally and personally. They also have a stronger influence on our overall performance and satisfaction with life than we care to realize.

In talking with participants of a Much More Than Words workshop we ran back in the Autumn, I was reminded of how strongly I too felt when working overseas about ‘not being who I thought I was’. What I mean by that is that in another country and not being as able to express myself as well as I might in my own language, I somehow felt ‘less’ and undoubtdly lost out, as did the company in different ways.

It was if I had lost part of my identity because I had mentally defined myself by what I did, rather than who I was. I felt as if someone was going to tap me on the shoulder and whisper ‘Psst… what are you doing here’ and that I was an imposter somehow because by the time I opened my mouth to say something, to contribute in team meetings, all too often the conversations moved on before I had a chance.The problem was not that I lacked the ability to speak in French,  but I lacked the confidence to just say what I meant and not worry about speaking perfectly.  I believe it was this lack of confidence in my early working life that led to emotions getting the better of me and working in the world of advertising, I needed to brave up fast, which I did but paid the price, a story or two for another day.

Lack of Confidence can mean missing out

But I learnt plenty from those early years.  That our experiences and emotions do indeed shape us and as my career progressed, I had a responsibility to those who worked in my teams to make sure how I handled situations didn’t have a detrimental impact like some of my earlier experiences had on me. Whether you are working and speaking in your own language or another, self confidence is key to performance. 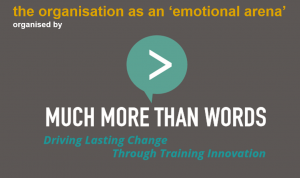 Had I been a stronger, more resilient person and not so self conscious perhaps my ‘strangeness’, my identity as the girl from London could have been used to my advantage, as ‘a wild card’ and I would have played it stronger. But my emotions won and got the better of me.

In the workplace, how we see ourselves and others see us impact hugely on our ability to perform.  How we are treated by our peers and those who lead the organisations we find ourselves in impact in ways previously considered less important perhaps than they are today.

The Organisation as an ‘Emotional Arena’

Dr. Annette Clancy from the Quinn School of Business in UCD  will be sharing invaluable insights on the 18th January, at the first of our Breakfast Events for 2017 to be held at the Bank of Ireland Enterprise Centre, Montrose, Dublin.  If you’re involved in HR or a leadership role and can make it, I feel sure this will be time well spent. If you’d like to know more, you can call me directly on 086 8572005.

I found this TED Talk via Dr. Annette Clancy’s blog where she writes ‘most of the time we like to surround ourselves with people ‘like  us’ thereby minimising difference in an attempt to avoid conflict.  It takes a degree of self confidence and assurance to be able to sit in the middle of this kind of disagreement and to think constructively about it.’  For me, confidence underpins everything we do. It gives us the ability to work well, work collaboratively and to speak out, to challenge, to lead to greater things.  The workplace is perhaps the most emotionally charged environment of all.  Let the conversations begin.

Dr. Clancy is speaking at our first breakfast event of this year in Dublin, on the 18th January.  Click here for details and to book your place.

Today’s post is short.  The focus Glutes. Specifically mine. The solution is fear and I want you on this journey with me. Not laughing at me, just maybe with me.  And feeling my pain or at the very least feeling for me as the pain gets to me!

Now I don’t know about you but the thought of the gym fills me with terror.  As does diving into dark water down at the 40′ now the water temperature has become dangerously low for softies like me. 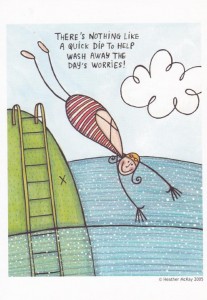 A Quick Dip in the Irish Sea by Heather McKay

Which brings me back to the topic of glutes.  It’s easy to admire fine glutes in a fellow hill walker.  It’s easy to say get out walking more, climb those hills, go up and down those steps and you’ll soon build up. But it’s the time of year when I just want to stay close to the wood burning stove and just, well chill in that way, rather than in freezing water or on the top of some hill.  Yep. It’s all about ‘hugge’ right now when we’re tired, it’s dark outside and coming up to that time of year when we just want to relax a while. What’s all this got to do with Glutes, you may well ask and I hope in time, all will become clear and you’ll just humour me.

Joking aside, back to the issue of Glutes.  I have it seems a few things to contend with right now and I’m not a person to be sick or unwell, rather one who just gets on with it.  But, it has made me think or rather rethink about mindset yet again and know that for 2017, all of my work will have mental toughness as a key ingredient.

Fear stops us doing most things and it is my intention, not a resolution, but serious intention to focus on the fear and use it as my strength. So I am curious, what’s your weakspot?  What’s the one thing you need to do and go to any lengths to put off? Where do you falter? email and tell me all

Look out Glutes, no mercy this time around…