This blog post by Dr. Annette Clancy, our keynote speaker for Much More than Words breakfast event on January 18th caught my eye..

.. Many words will be written on the wind and the sand, or end up in some obscure digital vault. But the storytelling will go on until the last human being stops listening. Then we can send the great chronicle of humanity out into the endless universe.

Who knows? Maybe someone is out there, willing to listen … extract from Dr. Annette Clancy’s blog

Is it really a coincidence that both words in this blog post headline contain the same letters? I think not !

click here for details and to book your place

the organisation as an ’emotional arena’

A homogenous society doesn’t work for me

An article in today’s Irish Times about a couple from Kerala who have settled in Ireland touches on the difference between Integration and Assimilation and the importance of not losing one’s identity and culture.  Somehow this resonates with me, as even though I am not Irish, I am not ‘noticeably different’. Irrespective of how long I have been in Ireland (and it is a very long time now), what I find is I don’t quite feel truly Irish and am often regarded as a ‘blow-in’ and yet I am no longer really a ‘Londoner.’ Yet, ask me where I am from and the answer  of course is Dublin, for this is my home and I am an Irish citizen. I also am proud of my heritage which is an inherent part of who I am. 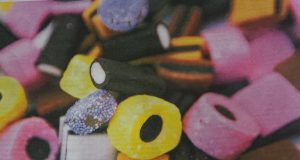 Stories are how we learn and quite possibly the most interesting way to get to know people. Everyone has a different story and there’s nothing I love more than to learn about different cultures and traditions from people whose upbringing and background is totally different to mine.

But from experience I know it is easy to under-estimate the challenge of moving countries, having to integrate into a new community and settle into a new job, which is why this story has stayed with me.

There  is tremendous pressure on people when they first arrive to settle into a new country fast and to understand our culture almost telepathically it seems and yet, generally speaking (and I know one shouldn’t generalise however..), quite how anyone can be expected to read our minds baffles me  and I’m constantly reminded of how quickly we judge people by our own ‘filtering’ system.  We can be remarkably tolerant and yet intolerant almost in the same breath. Sometimes kind and often unintentionally unkind.  And yet, it’s clear to me how remarkably similar we all are. So what’s my point? Quite simply..

as human beings, deep down we all want to be liked, accepted and respected.

For most of us, we just want to feel appreciated for who we are. Yes indeed, we live in a strange world and it does take all sorts.

A breakfast event organised by Much More Than Words  –  18th January 2017.

A real conversation. A rarity these days it seems. The disappearing art of conversation on the Dart as mobile phones take control

Yesterday I had the best half hour of conversation for a long time.  My journey into town on on the dart (our super little train) set the positive tone for my day. As I sat down, Kryptonite lock in hand, the gentleman seated opposite remarked on my lock and so begin the most fantastic exchange. We spoke of life, of politics, of travel, the current housing crisis, food waste, ecological issues, of education, human rights. It was a breakfast for the mind. Real Mindfood. As people lose themselves in the faceless, impersonal world of social media, reading the latest book on some device or another, catch up with ‘life’, or rather other peoples lives through the brilliantly created apps that are geared to portray snapshots and snippets of a world beyond our reach, here on the train I was enjoying HUMAN CONTACT, dialogue of the highest order. Funny, intelligent, engaging real life topical conversation with a perfect stranger. Only as I was getting off the train and the doors closed behind me, did I join the dots.  Tom was homeless. Tom gave me something priceless.  He gave me much more than mere words. From the bottom of my heart, I thank him. He gave me more than he will ever know.

(Tom is not his real name)

Some years back I’ house and cat sat’ for friends.  As my cottage was due to be renovated at the time and let us say, conditions were fairly primitive, I leapt at the opportunity.  Having to light a stove to heat one room in my cottage simply to keep warm and have hot water is not something I wish on anyone for a prolonged period of time.

However, I digress.  One morning during this house sitting gig, I awoke to a winter wonderland and stood in front of the window, basking in the natural daylight which flooded the room and and warmed me to the core.  After an incredibly restorative night’s sleep, when for once I didn’t wake up with either water coming through the roof, or because of the freezing cold wind howling through my cottage, I made my way to the kitchen, luxuriating as I felt the warmth of the house underfoot,  no need to huddle and shiver here as I made my first coffee of the day.  The cats, rubbing gently around my legs, talking as if they too, were welcoming the new day. They’re great company, these cats, they never bother you for food, they’re good natured and love company.  They just like to know you’re there and they remind me that I am not alone.